When to Get an Implant? 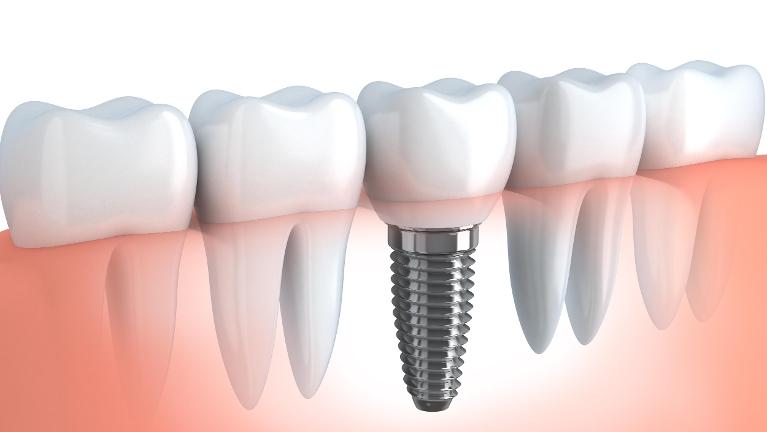 Unfortunately there comes a time when I can no longer save a tooth. Either the infection is so bad that it will be difficult to fix predictably or the tooth is so broken that there is nothing left to fix.  In these cases, I will remove the tooth, and we will discuss how to replace it. Often the best way to replace a single missing tooth is with an implant. Thankfully with the advent of new technology like 3D x-rays and surgical software, placing a dental implant has become a routine procedure. When the implant should be placed is an important decision as the mouth will start to change after a tooth is removed. The three ways that I approach placing an implant are the day that the tooth is removed, four to six weeks after the tooth is removed, or six months after the tooth is removed.  In this blog, I will discuss when I do each of them as well as their benefits and issues.

Placing the implant immediately after an extraction is probably the easiest for most patients to understand. Lose the tooth and then immediately replace it with a new tooth. The biggest benefit is convenience as no need to do a second surgery. Many times oral surgeons will do this when a patient is fully sedated so that there is no need to do a second sedation. Of the three ways though, this is probably my least favorite way to approach an implant surgery. The biggest reason why I am no a fan of this way is that often teeth are removed due to infection and the infection is in the bone.  When the offending tooth is removed, then the body can heal itself and the immune system can fight off the bacteria.  While implants are great because they are resilient to many issues and do not get cavities, if they are contaminated upon placement into an infected area, they are less likely to heal well.  The other concern too is that sometimes there is not enough strong bone to easily support an implant and the implant placement is compromised and therefore the final restoration is compromised. For these reasons, I do not often do an immediate placement of implants as I like to make sure that everything is routine.

Dental Implants After a Few Weeks

My personal favorite way to place implants is to come back after a few weeks of healing after an extraction. The biggest benefit of this is that any infection that was there when the tooth was removed is gone and the bone has a chance to start healing. Also, I am able to do a 3d x-ray after the tooth is removed and I can merge that 3d x-ray with a scanned model of the patient’s mouth.  From here, I can create an implant surgical guide so that the surgery is predictable and minimally invasive.  Also because the surgery is planned, I know exactly where I will be putting the teeth on top of the implants after everything has healed. The biggest concern that I have with doing it this way is that typically the area is sorer because it has already healed up after six weeks and I am doing more surgery in the same area.

The final option is when we opt to wait six or more months for implant placement.  This is the most common way that I place implants because most people missing a tooth wait a while till replacing it.  I like this option the most whenever I am doing a lot of other dental work such as fixing a lot of decay or a patient suffering from gum disease.  It is also useful for when a patient wants to go through braces to align the teeth up properly.  The biggest disadvantage of waiting longer than six months is that the body adapts and changes to the lost tooth.  Most often this means that the bone has disappeared because when a tooth is lost, the body no longer supports the bone where the tooth was.  It is routine for a person who has lost a tooth to lose half to one millimeter of bone a year in the area where the tooth was pulled.  While this might not seem like much, it does add up over time.  To recover the bone, grafting must be done which adds to the time and cost of the implant.  The other concern is that the other teeth will shift after the tooth is lost.  If the teeth shift too much, there might not be enough space to place the implant or if the implant is placed, it might not be cleanable.

Of the three different ways to place implants, one-month post tooth extraction is my favorite while the most common that I do is six months or longer post tooth extraction.  While each way has its advantages and disadvantages, they each have their place.  If you would like to know more about your options for implant placement, call us at 504-392-5104 and we will help you out.

Related Services: Dental Implants
Return to Blog Homepage
Like us on FacebookWatch our Youtube VideosLeave a Google ReviewPin us on PinterestVisit us on Yelp
If you have difficulty using our website, please email us or call us at (504) 392-5104
View the ADA Accessibility Statement
Turn on ADA Views
Contact Us Today
Give Us A Call
NOLA Dentures and General Dentistry - (504) 392-5104
Send Us an Email
Expanded Details View
This Patient's Experience
Loading Testimonial...
Loading Case...