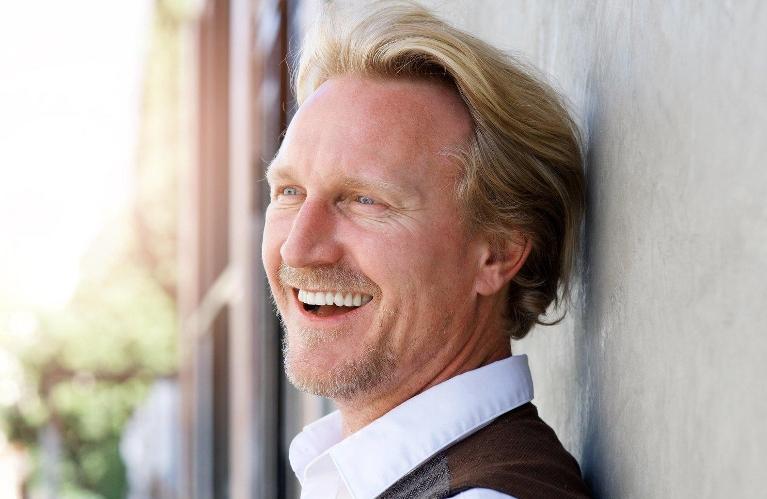 When a person has to go through the process of losing either all or the majority of their teeth, it is a traumatic experience. Losing teeth is not just loss of a body party but may also be a loss of identity as teeth are an important part of our social identity. Thankfully, it is easy to get a smile back with dentures.  Making dentures look beautiful is the easy part. Making them function well and chew well is far more difficult.  Without implants, a person who has both top and bottom dentures will only be able to chew with about ten percent of their regular function whereas with enough implants, it is possible to get someone back to full function. When someone goes through the process of needing teeth replaced, I first recommend that we remove the infection and restore the smile followed by using implants to fix the bottom jaw and then implants to fix the top jaw.

When a new patient comes in with significant infection in the majority of their teeth, oftentimes we are talking dentures. As a rule of thumb, generally, top full plates are easier to tolerate than bottom full plates.  The reason is that the top can develop some suction which makes them easier to stay in. If implants are off the table from the beginning either due to finances or health reasons, I will typically prioritize saving bottom teeth over top teeth. I first recommend that all non-restorable teeth are removed as well as teeth that will not serve many purposes for retaining a prosthetic. The same day that the teeth are removed, I will deliver a temporary denture that will replace the missing teeth.  This temporary denture is mostly to help keep a patient’s smile so that they do not have to be embarrassed about having missing front teeth. However, I always tell patients that temporary dentures will feel big and bulky. The reason is that to the mouth and to the tongue everything feels big and bulky.  If I get a small raspberry seed stuck in my teeth, my tongue will play with it for hours until I eventually get it out. When I get it out, it is tiny. The same thing applies to dentures.  No matter how small they are made, they always feel big and weird. Despite these dentures still feeling weird, I like having a patient in temporaries because I get to remove the majority of the infection and the patient can start healing. After healing starts I recommend waiting at least four weeks until implants are placed as that is how long it takes the body to remove the bacteria from the bone and six months till we make the final prosthetic as that it how long it takes for the bone to heal.

In the majority of my cases where upper and lower dentures are involved, I recommend that we place implants on the bottom arch first. The reason is that bottom full dentures are hard to wear well and I like to make sure that the bottom jaw is taken care of before focusing on the top jaw. For the bottom jaw, at least two implants are needed but in certain situations, I recommend up to six. Two implants can give a lower denture enough suction so that it is equal in strength to the upper denture.  When the two dentures have equal comfort, it is easier to function. I recommend four implants for most of my patients because four implants are what is needed to make a denture feel like natural teeth. With four implants, I can make a denture fit well and function well. Occasionally I will recommend six implants though. I recommend six implants for my patients who are either heavy smokers or heal poorly. The reason is that if one or two implants do not heal well or need to be removed in the future, the denture’s function is not compromised.  It gives extra insurance for the dentures without raising the cost much.

After enough implants are placed on the lower jaw or conversely if the lower jaw is in relatively good shape and does not need a denture, I will recommend that implants are placed on the upper jaw. Unlike the bottom jaw, the upper jaw has weaker bone and needs more implants to hold in a denture well. The upper jaw at least needs four implants to hold in a denture but may need as many as eight. While it is possible to hold in an upper denture with four implants and it is done routinely in dentistry, I am personally not a fan of it. The reason is that if any of the implants have an issue in the future, it is complicated and expensive to fix.  It is different from the lower jaw because if a lower jaw has four implants and one has an issue and needs to be removed, then it is possible to have the remaining three implants hold in the denture and we can place a new implant.  In the upper jaw, if we have four implants and one has an issue, not only does the one implant need to be replaced, but the other three cannot support the denture and need to be disconnected from it while a new implant is placed. This is a difficult situation to deal with and one that I try to avoid. I personally prefer a minimum of six implants at the top because if one has an issue in the future, it is easy to workaround. Again in cases where I have a heavy smoker or someone who heals poorly, I will recommend eight implants simply because those patients are at a higher risk of implants not healing well. I prefer to place more implants at the initial time of surgery because it is easier and cheaper to do and I am able to charge my patients less by doing it that way.

Losing teeth can be an awful experience. While the majority of patients understand that it needed to be done, it does not necessarily make it any easier. Using implants though to help retain the dentures can make the whole process much better by making the dentures function much better. If you feel that you need to have denture due to bad teeth and that implants would make things better, please call us at 504-392-5104 and we will help you out.

Related Services: Dental Implants
Return to Blog Homepage
Like us on Facebook Visit us on Yelp Watch our Youtube Videos Leave a Google Review Pin us on Pinterest
If you have difficulty using our website, please email us or call us at (504) 392-5104