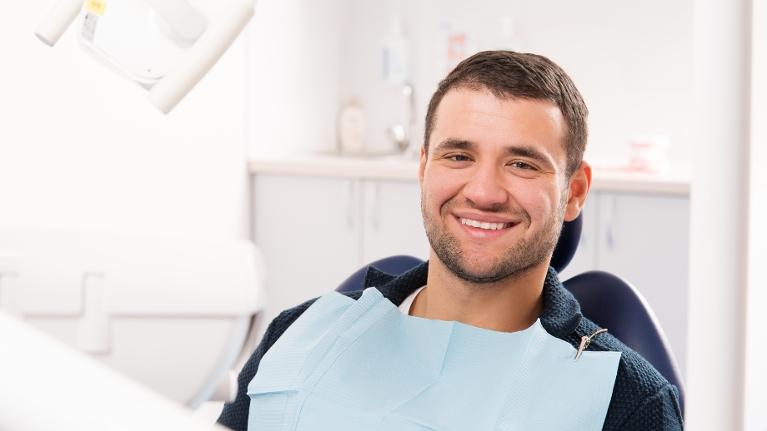 When I need to fix a tooth, sometimes the nerve is either infected or inflamed and it can no longer heal on its own. Usually, this happens when there is a deep cavity but it can also be from bad gum disease or trauma to the teeth such as by clenching and grinding.  At this point, generally, there are three options. First we can root canal therapy to remove the inflamed and infected nerve and allow the body to heal itself. The second option is that we can remove the tooth and not replace it. The third option is that we can place an implant and place a crown on that implant later.  In this blog, I want to go through all three options as well as the risks and benefits.

Root canal therapy is a common dental procedure performed when there is a toothache due to deep infection or trauma to a tooth. While any general dentist can do a root canal, I generally prefer to send them to an endodontist as my endodontists typically treat six to eight teeth a day that need root canal therapy whereas I might only treat six to eight in a month.  I recommend root canals for my patients who have not had many issues with their dental work as well as ones who have had good experiences with root canals in the past. The biggest issue with a root canal though is that they can still get a new cavity on the tooth as well as the tooth will likely need a crown on it afterwards. I do not think root canals are useful if a patient continuously gets cavities every six months or if the tooth itself is so damaged that even if everything is fixed perfectly the tooth will still not have a good prognosis.

When a nerve is infected so much that a root canal is needed to fix the tooth, the other option is to have the tooth removed. Typically patients opt for tooth removal or an dental extraction because it is less expensive than doing a root canal and then a crown after. Having a tooth removed usually costs less than 300 dollars whereas a crown and root canal can cost between 2000 to 3000 dollars. I recommend an extraction over a root canal when the tooth is so broken down that it would be difficult to restore to good function or if there are so many other issues in the mouth with cavities and gum disease that while I can fix this one tooth, I would rather have my patient spend their time and money fixing the other savable teeth than doing just one root canal and crown. The biggest issue with doing an extraction is that a tooth is being lost meaning that the bone holding in the tooth will wither away as well as the other teeth will shift and now take more force when chewing. This shifting and movement might cause the other teeth to start breaking down as well faster.

The final option when the nerve is infected is to remove the tooth and place an implant. Placing an implant is great because it gives a person back a tooth and that tooth is generally more impervious to things that caused a person to develop the infection in the first place. I like implants when a person has had a lot of cavities in the past and continuously gets new cavities.  While implants can get infections around them and need to be cleaned better than natural teeth to maintain, they aren’t affected by the bacteria that cause cavities as much as regular teeth. The issues with implants though is that they take between 3 to 12 months from the tooth being removed to the implant being restored so there is significant time without a tooth still.  Also in the front of the mouth, it is more difficult to make an implant look as natural as a regular tooth because of making sure that the gums match. Last but not least the other issue with the implant is the cost as it is typically between 2500 to 4000 dollars to have an implant placed with a crown on top of it.

How to handle a tooth with an infected nerve is something that hopefully you never have to experience but there are good options. Whether a person saves the tooth through a root canal or decides to remove the tooth and to replace it with an implant, there are predictable ways to make sure the mouth is healthy and functions well. If you need a root canal or are worried about fixing a space that lost a tooth, call my office at 504-392-5104 and we will help you out.

Related Services: Dental Cleanings
Return to Blog Homepage
Like us on FacebookWatch our Youtube VideosLeave a Google ReviewPin us on PinterestVisit us on Yelp
If you have difficulty using our website, please email us or call us at (504) 392-5104
View the ADA Accessibility Statement
Turn on ADA Views
Contact Us Today
Give Us A Call
NOLA Dentures and General Dentistry - (504) 392-5104
Send Us an Email
Expanded Details View
This Patient's Experience
Loading Testimonial...
Loading Case...